Furbellow & Co, as you know, began as a pipe dream, but on 24th November 2017, the pipe dream became a reality…

Posted in Our Story

Furbellow & Co, as you know, began as a pipe dream, but on 24th November 2017, the pipe dream became a reality as we were handed the keys to 11 Sandgate.

We didn’t waste any time getting stuck in, stripping it back as far as we could, to see what lay behind the walls which have seen various occupants make their living over the years.

The sledge hammers came out and we began removing panelling and stud walls. Initially to make sure the building was structurally sound, and also to create a blank canvas so we could put our own stamp on the place. 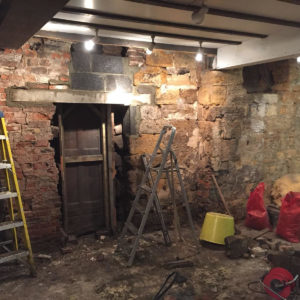 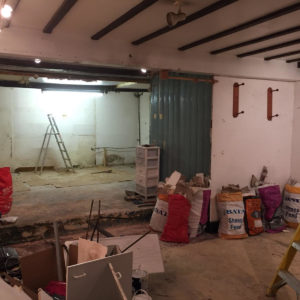 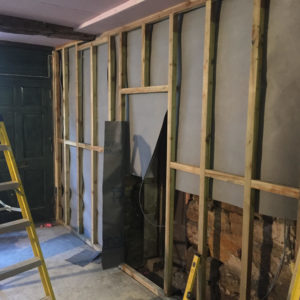 Not only are we working on transforming the shop into a warm and welcoming gentlemen’s store, but we have two floors above which will become a holiday let, mirroring the quirky character of Furbellow & Co. A cosy retreat in the heart of the town from which to explore, but also to relax in and unwind as life unfolds on the busy streets below.

We’ve made some interesting discoveries along the way so far, including what we presumed was a side door, but was actually the traditional front door of the building. Some what puzzling when it sits next to Sandgate Coffee and Delights.

Apparently an old alleyway ran between the premises. After poking a tape measure through a hole we discovered a gap of a few feet! We presume the alley must have come out behind the Monk’s Haven cafe on Church Street. 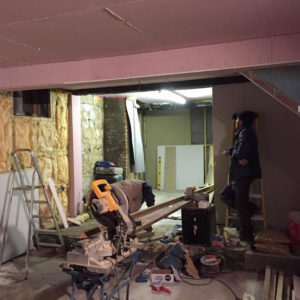 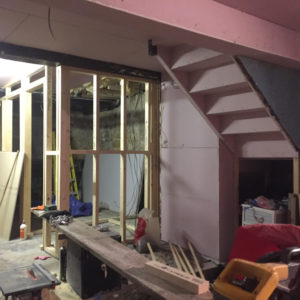 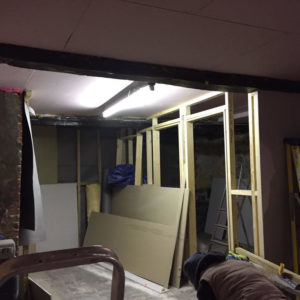 As we’ve been beavering away, re-wiring, insulating and making the property safe it has been wonderful to have locals popping their heads in and telling us stories about the buildings past. We learned from Pete Budd that the cellar had been filled in with wood and debris from the roof of a building on Church Street, and artist John Freeman whose shop around the corner was also a butchers at one point had some interesting details to share.

If anyone has any old memories or photos of Sandgate please get in touch we would love to see them.

Stay up to date

Furbellow & Co is a Gentlemen’s store with a twist, nestled on Sandgate in the old part of the historic town of Whitby.

Inside you will discover a warm and friendly atmosphere, with an emphasis on good old fashioned customer service. You can while away the time exploring our eclectic range of products in nostalgic surroundings.